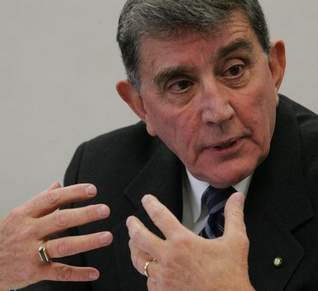 (also works in The Office of County Executive) 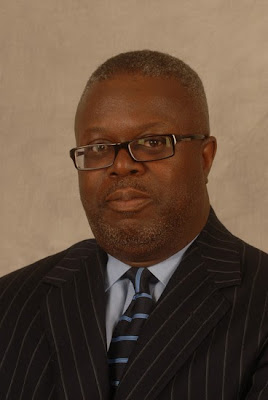 All residents of Mount Vernon agree that Memorial Field is in a deplorable condition.  What is not agreed upon is the price of the rehabilitation.  Many residents have not even taken a look at the Inter-Municipal Agreement between the City of Mount Vernon and the County of Westchester.  Mount Vernon Exposed obtained a copy of the agreement.  This agreement is not in the best interest of Mount Vernon taxpayers.  If this process is allowed to continue on its path, Mount Vernon will quickly become the highest taxed city in the United States of America.  We here at Mount Vernon Exposed feel that is it necessary for all residents to look at the agreement.  After taking a look at the agreement, we then urge you to call Councilman William Randolph at (914) 995-2900 and voice your opposition to this project and also tell him it is not fair to leave Mount Vernon taxpayers in the cold in order to please his boss Andy Spano in his re-election bid.  He can also be reached via e-mail: wrr2@westchestergov.com.  Please make it known to him that he has a clear conflict of interest by working in Andy Spano’s office and also voting in favor of the Memorial Field project while on the city council in Mount Vernon.

The agreement that was executed by Mayor Clinton Young and the County of Westchester will leave Mount Vernon severely bankrupt.  It appears that the County of Westchester has thoroughly done its homework while Mount Vernon City Council members did not bother to even show up to school.  We have highlighted some major points in this agreement that should be of great concern to Mount Vernon taxpayers.  Taxpayers are not even aware that the County has a lease that gives them exclusive rights to use the property for 15 years.

The following roads will also be transferred to Mount Vernon once they are repaved to a pavement condition rating of 80. Sandford Blvd from Hutchinson Blvd to Bronx Line; Viaduct from Yonkers Line to Locust St; Columbus Ave from Fulton Ave to Sandford Blvd.

These roads were previously maintained by the County and Mount Vernon was reimbursed for snow removal and maintenance of the roads.  Under these roads lye an infrastructure consisting of County storm drains and County Sewer drains that is over 100 years old. Under this agreement it is stated in Article 5 § 5.0 upon transfer of the transferred roads to the Municipality, the County shall have no responsibility whatsoever for the transferred roads, including but not limited to financial responsibility.  The municipality agrees to accept the roads “as is” in their current condition.

Let’s say for example that that there is a failure with the County Sewer Line and the roads need to be dug up, the agreement fails to set-forth who is responsible for the repair to the road.  A single occurrence of a road opening can run at least $1M.  Now that Mount Vernon has assumed responsibility of these roads, what is the financial impact to taxpayers as we now have an added expense?  Maintaining roads is a very expensive task.  The County has thoroughly done their homework and Mount Vernon taxpayers are left holding the bag once again due to the incompetence of the Clinton Young administration.

In Schedule “C” in the agreement it states; The County acknowledges that there is currently sufficient parking at Memorial Field to support the activities of the property.  The Municipality shall not reduce the number of spots available to support the property without permission from the Commissioner.

Plans call for a 4,000 seat stadium.  Currently there is not adequate parking for 4,000 cars.  What impact will events held at this stadium have on the surrounding neighborhoods?  There is speculation that plans call for transforming Garden Avenue into a 2-wat street and narrowing the sidewalks.  Has The City of Mount Vernon taken into consideration that some homes on Garden Ave do not have driveways?

Residents of Mount Vernon can come to the conclusion that the total cost of this project is going to exceed the $13M estimate that was provided by The Young administration.  The following was quoted in the Journal News- The County’s Westchester Legacy fund will pay for $9.7 million of the complex, with the city responsible for the balance of the total, estimated at $10.7 million by the city and $12.7 million by the county. We now know that at a minimum that the project will cost $20.4 million.  It is impossible to construct memorial field for $13M and here is why.

Now let’s do some math;

Now please keep in mind that New York leads the nation in cost overruns for construction projects.  Where is the extra money for this project coming from?  It is impossible to construct this project for $13M?  This appears to be an attempt by The Young administration to seal his re-election bid by shelling out millions of dollars in lucrative construction contracts to contractors in return for campaign contributions.

Mount Vernon Exposed has obtained the obtained the Inter Municipal agreement between the City of Mount Vernon and The County of Westchester.  We question and we intend to challenge in a court of law the legality of the entire agreement.  There is some serious conflict of interests presented that should be of great concern to Mount Vernon taxpayers.

·         Councilman Marcus Griffith was appointed by County Executive Andrew Spano to serve on the Westchester Planning Board.  Marcus Griffith has told Mount Vernon taxpayers on occasion, that the planning board is very involved in the planning process of Memorial Field.  Councilman Marcus Griffith also was one of two councilmember’s that signed the ordinance in December 2008 authorizing Mayor Young to enter into the Inter Municipal agreement.  They did not waste any time getting on the Westchester Planning Board agenda as this was matter was on the table on January 6th, 2009.  Councilman Griffith was present at this meeting.   It is unclear if he voted on the items surrounding Memorial Field.

·         Councilman William Randolph works in the Office of County Executive making a handsome six figure salary.  Councilman William Randolph is also the President of the City Council.  Councilman Randolph also voted to approve authorizing the issuance of $20.7M of bonds in these economic times.  It appears that Randolph was conspiring with County Legislator Lyndon Williams, County Executive Ando Spano and Mayor Clinton Young.  Spano and Williams are up for re-election this year and they are determined to get re-elected even if that means taking food from their constituents’ mouths.

Mount Vernon Exposed has come to the conclusion that the agreement executed by Mayor Young and the County of Westchester is not in the best interests of Mount Vernon taxpayers.  True Costs of construction for this project is not revealed and the public has been kept in the dark for most of this process.  There are serious conflicts of interests presented herein in regards to Councilman Marcus Griffith and Councilman Bill Randolph.  Due to the fact that this is a high stakes election year, taxpayers should not feel that this project is being forced down their throats.  A full environmental impact study should be performed and a complete analysis of the infrastructure in the neighborhoods immediately surrounding Memorial Field.  A thorough review of expenses for the roads that were turned over to the City of Mount Vernon should be undertaken.  The agreement states that the municipality is in charge of disbursing the funds for this project.  That can prove extremely detrimental to taxpayers as the Young Administration has shown that it is prone to nepotism, cronyism, and favoritism.  Taxpayers should be concerned that Mayor Young will use Memorial Field as a vehicle to secure campaign contributions from contractors for his re-election bid.  It is our recommendation that this agreement be rescinded in its entirety and thorough research completed before entering into another agreement.

Posted by THE BLACK POLITICAL CAUCUS OF WESTCHESTER at 5:24 PM